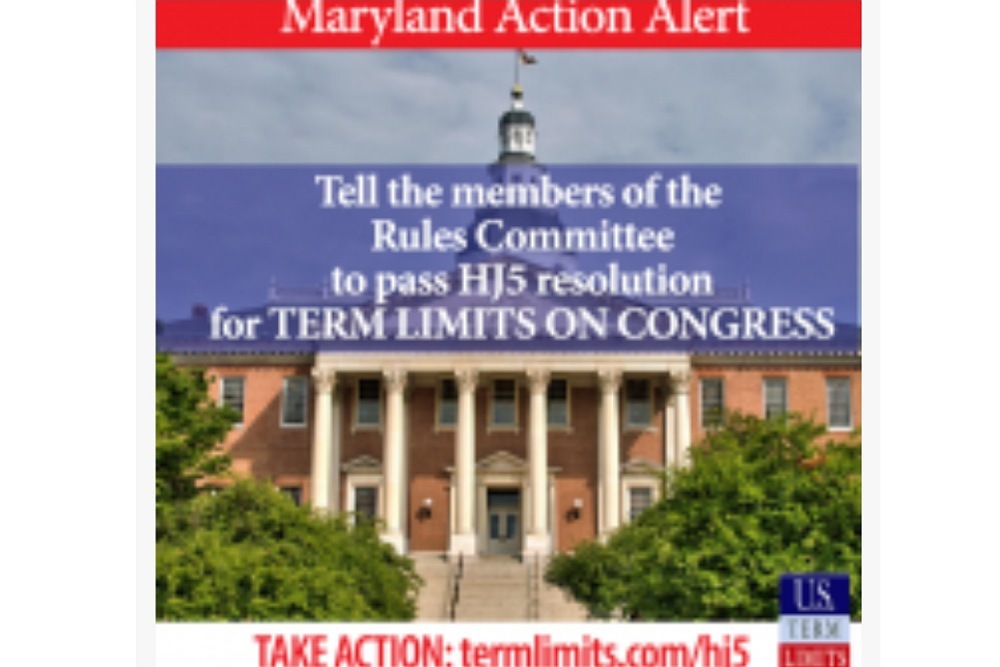 Delegate Mike McKay has introduced House Joint Resolution 5 calling for Maryland to participate in a national initiative for the states to propose a congressional term limits amendment to the U.S. Constitution. The effort is being spearheaded by the nonpartisan, nonprofit U.S. Term Limits (USTL).

Delegate McKay commented on the resolution saying, “The politicians who have established decades-long residence within the beltway bubble have lost sight of the job they were initially sent there to do.” He continues, “Delivering positive results for constituents back home takes a back seat to wielding political influence on the D.C. cocktail circuit.”

“It’s high time the states recognize an out of control Congress and work together to do something about it,” says USTL’s North Region Director Ken Quinn. “We’re pleased Delegate McKay is willing to take up the mantle on this important election reform.”

HJ5 has been assigned to the Maryland State House Rules and Executive Nominations Committee.

According to the last nationwide poll on term limits conducted by McLaughlin & Associates, conducted in January 2018, term limits enjoys wide bipartisan support. McLaughlin’s analysis states, “Support for term limits is broad and strong across all political, geographic and demographic groups.  An overwhelming 82% of voters approve of a constitutional amendment that will place term limits on members of Congress.”

Once the resolution passes both chambers of the legislature, Maryland will have the distinction of being among the first states in the nation to file an application for the states to convene for the exclusive purpose of proposing term limits on the U.S. Congress. When 34 state legislatures pass similar resolutions on the topic of term limits and subsequently approve the term limits amendment, it must be ratified by 38 states to become part of the U.S. Constitution.